And the winners are... | Inspiration | Capital Hair & Beauty Skip to main content

And the winners are... 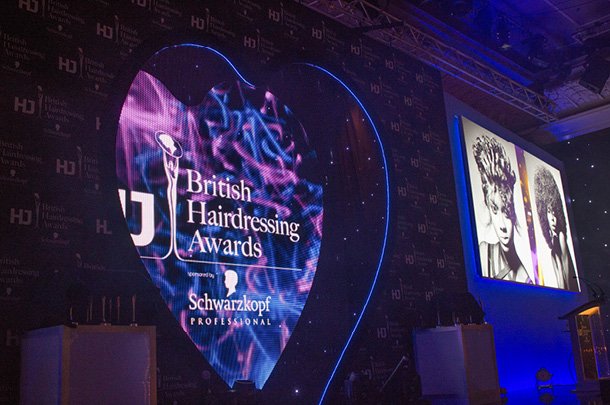 Hosted by comedian David Walliams, alongside Hairdressers Journal International’s Executive Director, Jayne Lewis-Orr and Stuart Hamid, Schwarzkopf Professional's General Manager, the British Hairdressing Awards were held in the beloved Grosvenor House hotel, London. We were there, amongst a 1,700-strong turnout, to find out who took home the trophies on the night. 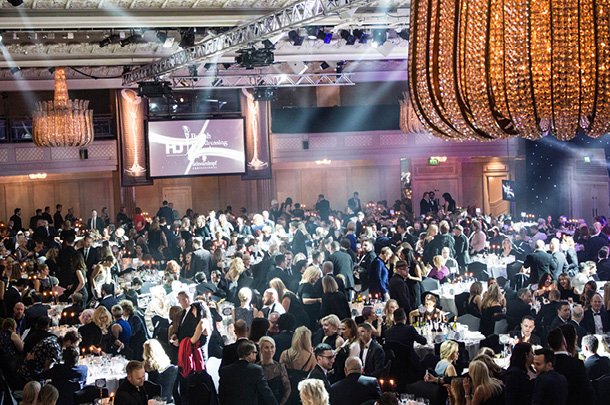 In between Walliams’ slightly corny jokes, the night was a wonderful opportunity to get up close and personal with some of the country’s most talented hairstylists and colourists. Guests were treated to a three-course meal – plus some decadent chocolates and the cutest table gifts featuring trial size versions of Schwarzkopf’s BC Fibre Force range. Once many of the regional winners had been announced, the youngest X Factor winner ever, Louisa Johnson, provided entertainment, singing three songs that got the entire ballroom on its feet. 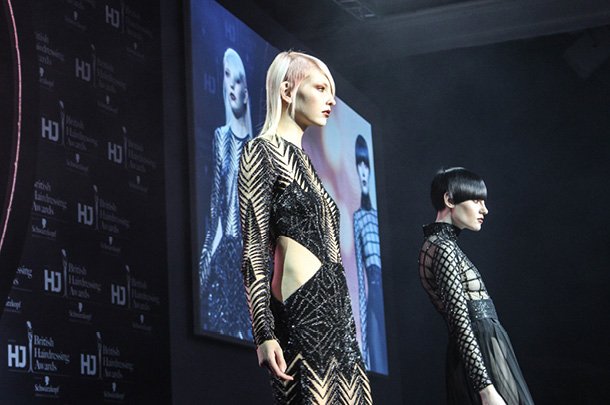 On the night, Jayne Lewis-Orr said: “A British Hairdressing Award is the ultimate accolade in hairdressing and we couldn’t be more proud to present them to our winners today. The award demonstrates not only unabashed creativity and supreme technical skill, but also marks you out as one of the greatest hairdressers in the country.” 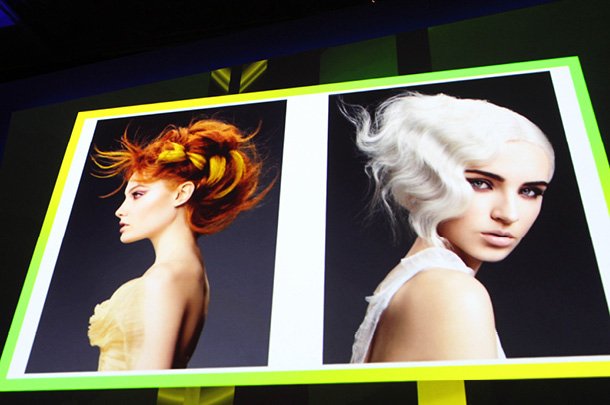 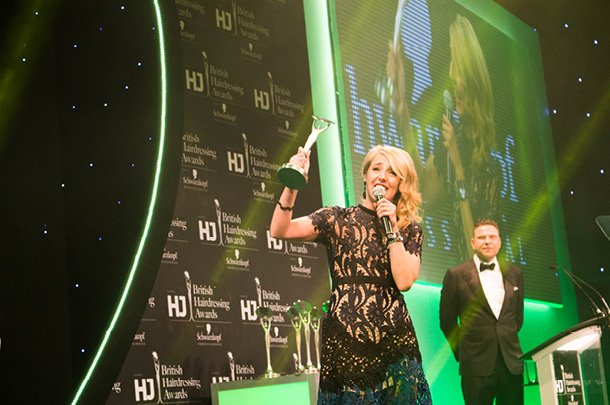 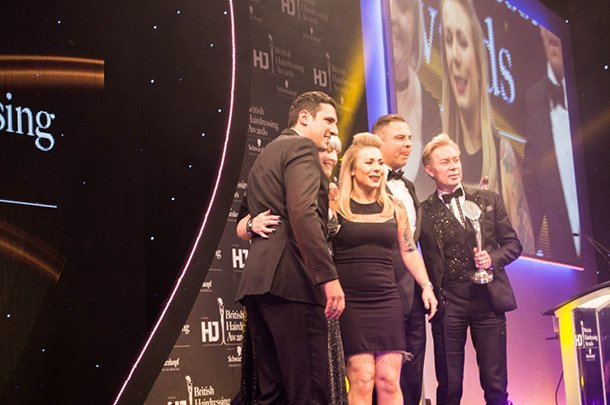 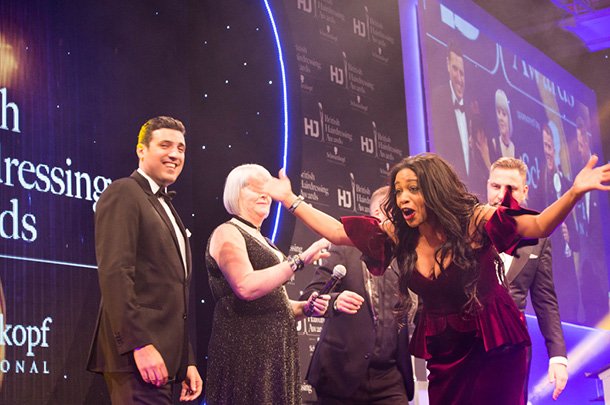 It's time to improve!

With a little more time on your hands, now is the perfect time to brush up on some key skills and improve your business. We've put together a series of articles and guides that we’ll release over the next few weeks to help you get your business in top condition and ready for when lockdown is behind us.

Vegan beauty is undeniably on the rise and is now one of the fastest-growing categories of the moment; with an increasing number of brands developing make-up, skin & hair care formulations that are both kind to us & the environment.

Now's the time for clients to start thinking about a new look! Here Lisa Whiteman breaks down her favourite SS19 trends.

Summer is all about lightness and freshness and when it comes to hair colour it's no different! It's all about taking a mindful approach when creating new shades and being powerful, playful and organic.

Recently we attended the Wella Professionals Trend Presentation for what's likely to be the top hair colour trend for SS19: Haze Glazing.

Yes, we know it's only January, but there's nothing wrong with looking ahead at what's in store for SS19, is there? We have the Top 10 Essentials that are a must have for this year!

It's the final collections for 2018, and we've picked a right pair of crackers for you! Discover the wonderful work by Mark Mountney & Simon Hill.

Winter is the perfect time to treat your clients to some all-over love. From nourishing hair treatments to nails, feet and skin, our experts share their winter must-haves.

* Required fields are marked with an asterisk.

Email: Stay up to date with the latest news, offers and ideas.

Text: Be alerted when we have a VAT Free sale or exclusive promotions.

This privacy policy sets out how Capital Hair and Beauty Ltd (CHB) uses and protects any information that you provide when using the capitalhairandbeauty.ie website or otherwise provide CHB with your personal information.

CHB is committed to protecting your privacy. If we ask you to provide certain information by which you can be identified when using the website, you can be assured that it will only be used in accordance with this privacy policy. We treat all your personal information as fully confidential and do not pass your information on to third parties without consent unless legally required to do so.

By providing us with your personal information, you agree and consent to its transfer, processing, use and disclosure as outlined in this privacy policy. This policy does not apply to data you place on any publicly accessible page. For example, when you submit a product review.

CHB may change this policy by updating this page. You should check this page from time to time to ensure you are happy with the changes. This policy is effective from 21st May 2018.

What personal data will be processed?

When you shop on this site or in one of our stores, personal information such as your name, email address, phone number, invoice/delivery addresses, type of business and, where applicable the IP address used to connect your computer to the internet are collected by us. This data enables us to process and fulfil your order or transaction. We also ask for your mobile number, which helps us (and courier companies working on our behalf) to contact you if there’s a problem with your order.

Other information we collect

We may collect technical information regarding the type of electronic device used, such as the make and model, operating system, internet browser and also which pages of the site are visited and for how long. This is statistical data about our users' browsing behaviour and does not identify you personally. Debit/credit card details are entered on secure pages hosted by our payment service providers, whether this be Secure Trading or PayPal, this data is stored securely on their servers, we do not have access to this. Where card details are given for payment processing over the phone, we do not record or store these details.

We also use CCTV in our stores for the security of our employees and customers.

How will we process data?

Personal data collected is used in the processing and delivering of orders. Names, email addresses, mobile numbers, postal addresses and business type may also be used to send you marketing communications (if you have opted in to receive them). You can opt out of these at any time by visiting ‘my preferences’ in your online account.

Browsing behaviour data is collected and analysed to see how well our website is performing on a variety of electronic devices and internet browsers.

We also use this data for remarketing in conjunction with Google, which allows us to display adverts to you on third party websites after you have visited our website. To opt out of this please visit Google’s ad settings.

Who will process data?

Personal data is stored on secure servers, separate to the website server. We may share this information with third party service providers employed by us to perform functions on our behalf, such as courier companies delivering orders, mailing companies sending postal mail, email service providers sending emails and texts (SMS) and payment service providers processing payments. PayPal transactions are subject to the PayPal privacy policy.

We may also share certain data including email addresses (if you are opted in to receive emails from us) with third party social media platforms in order to show you targeted ads when you visit them. Third parties such as Google use cookies to store browsing behaviour data, which enables us to use their remarketing services. Please refer to our cookie policy for more information.

Why are we processing data?

We require this information to provide you with a service (processing orders), it also helps us to ensure that content on our sites is presented in the best way for you and the electronic device used to access the content. To send you information regarding our products or services (if requested by you), protect you and us against fraud and to notify you about changes to our service.

When will data be processed?

This data will be processed when your order is picked, packed and dispatched by our distribution centre, or if you enter a competition or free prize draw. It will also be used every time we send a marketing communication, if you have opted in and the communication is deemed by us to be relevant to you.

Any user specific browsing data will be retained for 26 months after you last visited our site, after which time it will be deleted.

To unsubscribe from marketing communications please visit the ‘my account’ section of your online account and select ‘my details and preferences’. You can then change your opt in preferences for email, text and post. Alternatively simply click on the unsubscribe links that are sent out with each email/text or get in contact with us.

You have the right to request a copy of the data we hold about you, or to have your data erased in certain circumstances. Please contact us if you’d like to request this. Please note that depending on your interactions with us, some data may need to be retained due to legal requirements.